The Egg Who Dreamed To Be A Piggy Bank.... 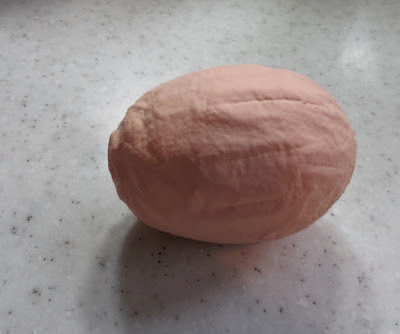 It's just wrinkled in all the right spots......what do you think?

I only need to add a curly tail!

Ramblings By The River 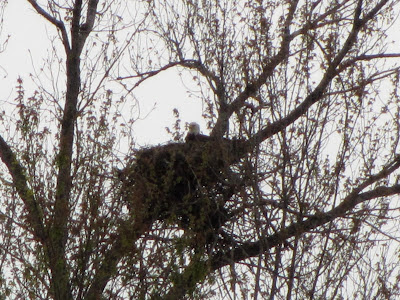 We had a little jaunt down the bend we call Catfish Corner. After losing one of our geese we decided we had better go do a little investigating. Especially when two others disappeared! The eagle nest is busy and my little camera zoom did a pretty good job considering how far away it is. 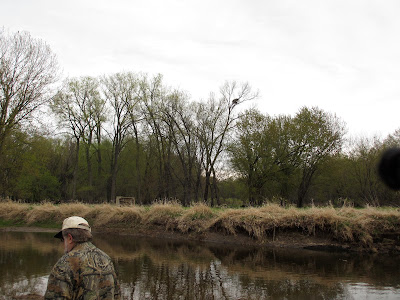 Maggie was thrilled to have a good long swim in the icy water. She is such a retriever...no fear, no shivering, just FUN. We found the two missing geese down by the railroad bridge. They wanted no part of us and just kept swimming farther away. 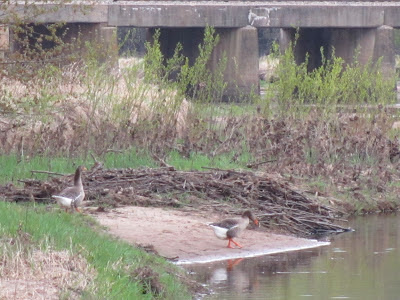 It was very chilly out and by the time we got back I was frozen. The goofy weather swinging from 70's to 40's in the course of a day is getting to be a regular event. Two days earlier I was on the roof cleaning out the chimney and two days later we are having a fire in the fireplace. 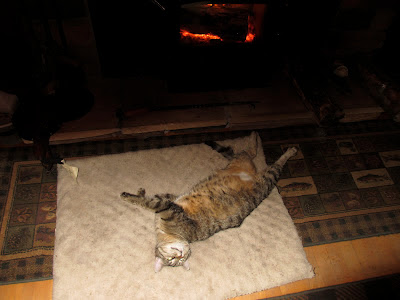 Molly did her best dead cat impersonation while soaking up as much heat as possible. 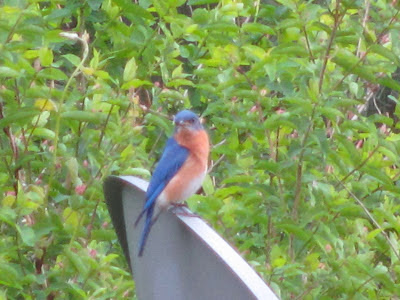 The bluebirds are nesting and this one must be getting his instructions by satellite.
The Resurrection of Ty....... by Sandra Gilbert 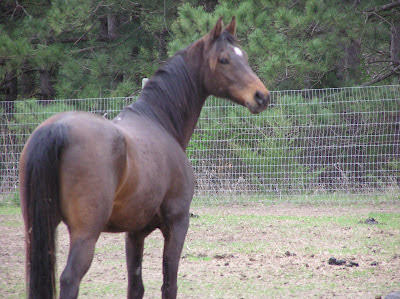 The large and fancy Mr. Ty has been here a little over a week now. He's so friendly and inquisitive. The "girls" have gotten over the novelty of having him around so he has be relegated to #3 and usually #4 in the herd. Ladies rule the roost! Sandy Gilbert of Refuge Farms wrote an update to her blog about "The Resurrection of Ty" She says the kindest things.
Ty & I  had our first lesson with Fran Latane, Two-Star Parelli instructor, on Thursday. Starting with The Seven Games all horses should know. First was our Friendly Game which he is very good at. He is up to speed in that department. I can throw the string over him, his head, all around the body and he's a rock. Moving along to The Porcupine Game... I ask to move his body with my fingers. The goal is to first press the AIR, then the HAIR and if necessary, press the BONE.  He is pretty good, but has some areas of resistance that he just hasn't learned about yet. But I have every confidence he will being the quick smart horse he is.
The Driving and Circling games were a little more challenging, just that he is so used to just plowing forward. Asking for him to disengage the hindquarters, look at me, and come in was a foreign concept. Moving the forehand? Very resistant. Fran had to help us both to get the technique in place and when we tried it out again yesterday he had already processed the concept and was pretty darned good. Those seemingly few things took the whole hour. We'll get some practice in this week before our next session on Thursday.
Posted by sherri at 1:44 PM No comments: 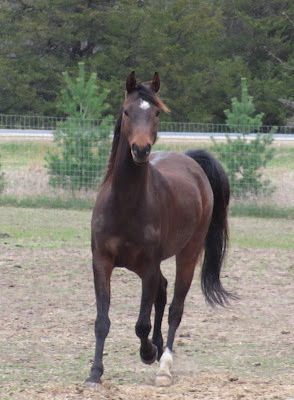 The big rig trailer from Refuge Farms pulled into the driveway Tuesday morning. Sandy Gilbert was carrying precious cargo. His name, New York Style.....or Ty for short, was on board and he has had quite a couple weeks.

He was moved out of a fancy show barn in the southern part of the state after his owner decided she needed a "fully functioning" show horse. Ty didn't want to canter under saddle so his days were numbered there when the owner contacted Sandy about surrendering him to Refuge Farms.

The first I knew about him was through the mass email Sandy sends when there is an urgent need for a quick placement. Her barns are full, that's for sure! This fellow was so highly placeable I couldn't resist warming up for a solo.....ME, ME, ME, ME.... !

But, am I nuts? Yes....as in horse crazy. What am I doing even thinking of having such a magnificent creature---10 years old, 16HH, and a half arab saddlebred show horse? I'm guilty of having had several second childhoods, so, hey, what's one more?! I'm proof even old ladies can have dreams come true.

My first visit to him last week up at Sandy's confirmed we were compatible. We played lots of friendly games, and had some ground time on the 22' line. He's outgoing and can move quickly. A left-brained extrovert---much like my Cheyenne, but with a quiet thoughtful way about him. The hyper alert looking ears could have meant a flighty and reactive nature but he was only attentive and curious. 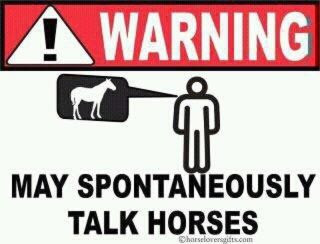 Sandy and I are entranced by him....and we are talking! Talking horse like a couple of schoolgirls! Watching for every nuance. Interpreting the horsey-lingo-jingo that we were getting from him and fitting it into a HORSENALITY.  Then the saddle came out and I threw a leg over. Wow! He's huge... to me! 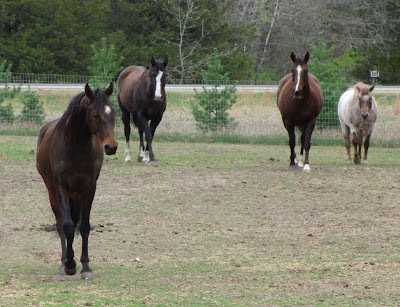 Fast forward one week later. The real fun came after this heavenly hunka horse came off the trailer and met his new pasture mates. We were so prepared for fireworks....hoping no one would get hurt, or kicked. It turned out to be a "non event"! We could hardly believe how easily he was accepted by my now drooling mares! They haven't had a MAN around the house for nearly three years so he was welcomed wholeheartedly by "the girls".
We are having fun getting to know each other. I treat him as I would any strange horse---I'm playing it slow.  We are having successful ground sessions teaching him the Parelli games and he's learning what I want very quickly. I guess that's what happens when you talk HORSE to the horse. I'm learning about his experience, the gaps that can be filled, and how to connect with his lovely mind. 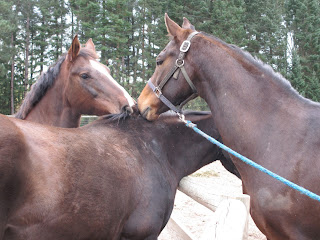 It seems Ty has really taken to his new life of sunshine, green grass and enjoying someone who can spend undemanding time with him. I feel so blessed to have this bay beauty!
Posted by sherri at 4:22 PM 1 comment: