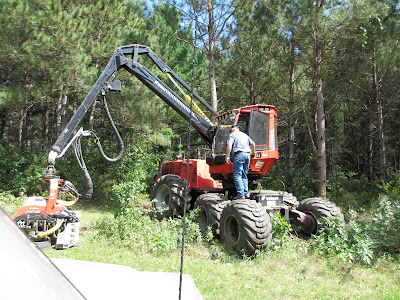 Mike Anderson (no relation) and his son, Travis, started thinning our pines and hardwoods last week. The HUGE forwarder grabs the tree at the base and cuts it off, tips it and a debarker takes off the limbs and moves the log through to cut it off at 8', 10' or whatever length necessary for the longest log possible.
The pines were thinned about 9 years ago with the goal of having more sunlight available to those that were remaining. The tree rings tell a different story though. The outer rings are very tight....which means the tree did not increase in size but was still in a stunted stage. (Notice the inner rings that are wide apart indicating rapid growth.) We will have to wait a couple more years to see how the current thinning will affect tree growth. 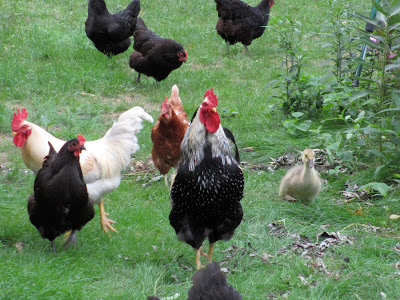 The remaining young goose, dubbed Baby Huey, has had a bit of a turn lately. Sadly, his matronly protectors have abandoned him. It's as if one morning they awaken to realize "OMG.....HE'S A GOOSE!" "Edith, you fool, get him out of here!!" 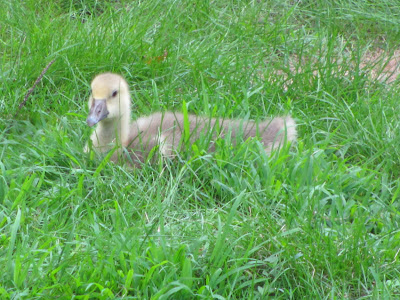 The poor little soul was running from hen to hen...."Are you my mommy?" until one red hen decided with all certainty that it most definitely was NOT his mommy. She started attacking! Then another joined the fray and had I not been out at the barn in that moment I think he would have been pecked to death. His little neck was bleeding and he was in utter panic, running, screaming, to the back of the barn where I finally managed to catch him. Which had to be pretty scary for him, too.

He's now quarantined in the Liz Taylor condo in the barn and has an outdoor screen pen where he spends his days until he gets bigger than the chickens. Then we'll see who the boss is going to be!

Posted by sherri at 7:05 AM No comments: 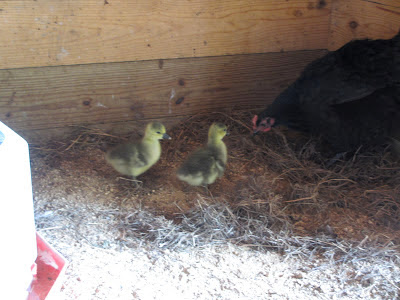 Why did the mother hen protect her goose babies by running them into an enclosed space and in the process smother one of them?

Why do things disappear in our house?

Two black duck bill visors have gone missing in the past week.

It has been discovered that Don has 12 orphaned socks. I have 7. Two of the orphans are "new" socks acquired in the past few months. We don't travel, but they do.

Why IS IT SO BLASTED HOT EVERYDAY? 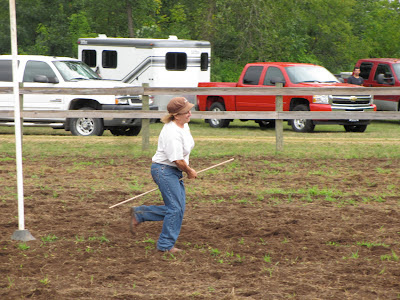