Failure of the Week

It might be easy to think that everything at Catfish Corner just swims along merrily, with man and beast living in perfect harmony. Where creation is a daily occurrence and all is peaceful and productive. A place where perfection reigns. Ah......no...... not at all. We are pretty normal here which means not all goes according to plan. 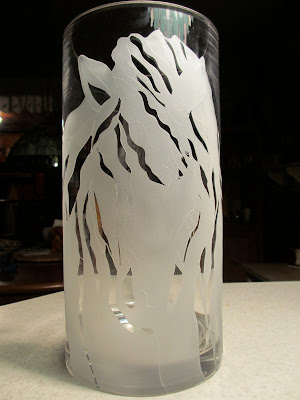 I had been saving a large cylindrical vase....1/4" thick glass for a very special production. Didn't know what, but knew that some day the right image would make itself known for a stage-blasted glass etching.

The image emerged and the project was set to be completed. The drawing was in place and the image was x-acto bladed through the mask. It was to be the image of Ladee, Sandy Gilbert's beloved and departed Belgian mare.

The plan was to do the first stage on a set number of placements that would require a lot of time in the blasting booth. This would be the foundation for the next four layers of carving. With a 1/4" of glass I felt confident there would be an easy hour of blasting to get to the required depth. 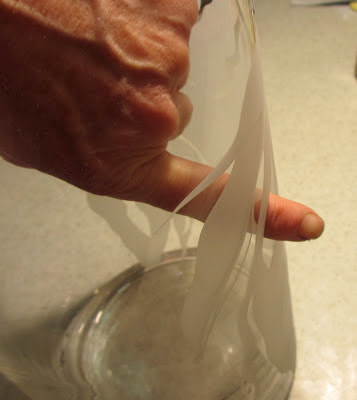 as the media was sent through the sandblasting nozzle an ominous black spot appeared only minutes into the first layer of carving.

Glass is a very unforgiving medium. You either get it or you don't ..... and I did NOT get it. Change of game plan. Now it became more of a lesson than a creation. Instead of having four layers of blasting to plan, I was thinking of how to salvage this piece to be a vase that couldn't hold water!

Of course, there was no way to make it into anything that I had imaged for it to be. Let alone something for a special occasion. So, back to the drawing board!

So.....now I don't know what I will have to offer for the Refuge Farms Fall Gala! But I WILL have something for the silent auction. It just won't be this!!

The Saturday, November 3,  Fall Gala is the event of the year for Refuge Farms. It's a time to gather supporters and volunteers, and those who are curious to want to learn about the place that saves horses. It's held at the University of Minnesota Leatherdale Equine Center at 6:30 pm.

The Fall Gala is set for November 3rd so please call 715-772-3379 or email refugefarms@hotmail.com  and get your tickets reserved!

Also known as the day the circus came to Catfish Corner.... 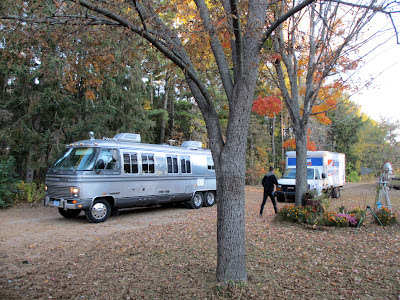 We were contacted by locations scout Stuart Skrien about using our place for a photo shoot earlier this week. The ad agency, Colle+McVoy was looking for a smallish modern style barn and Barbara O'Brien, local connection to the stars, suggested our place. Then more stars came into alignment after our site was selected. 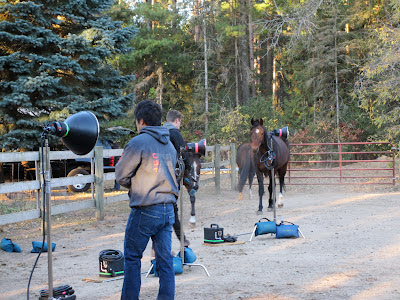 Two moving vans full of equipment, an Airstream with "the talent", props and wardrobe folks, photo assistants, and carloads of agency people later, we were in business. There was even a woman who brought four border collies. "I brought a few backups!" The dogs were beautiful....so well trained. A vast difference from our own wildebeast. 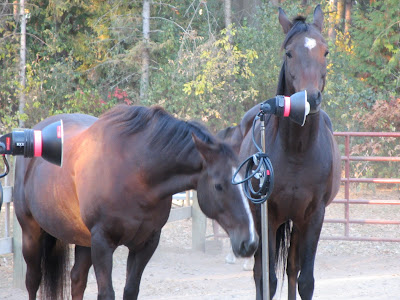 The best part, as far as I was concerned, was that they wanted to use two horses! Just happen to have three and Cerra (l) and Ty (r) were selected as the equine stars (sorry Chy, not this time). No guys! Not that kind of shoot! This was the good kind. The kids were a big help in setting up expensive photo lights and equipment.....gads, don't break anything! 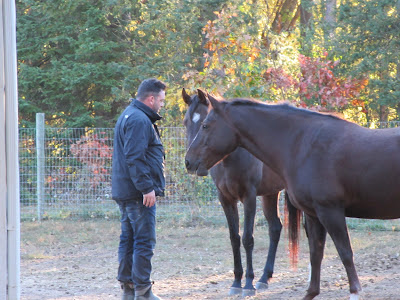 Renowned Toronto-based photographer, Chris Gordaneer, had a chat with the equine talent before the session. The horses and Chris got along so great! Ty especially was following him around like a puppy. Chris, the Horse Whisperer, as he was dubbed by his associates. 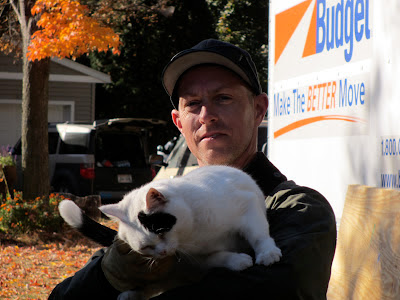 Paisley was in his glory with all the people around. Here he is lovin' up the producer, Tom. 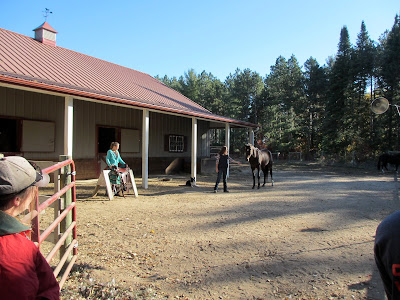 The set-up was a mom and daughter, by the barn, Cerra with her head poking out of the box stall. Ty was so clever, I had to call him UN-TY since he got free of his lead two times. Chris then asked him to stay and took some shots of the models putting the blanket and saddle on him. 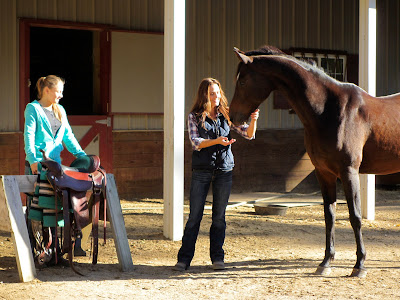 Ty was such a superstar! What charisma. A happy accident that my only colorful blanket matched the young ladies jacket. Cerra was getting restless cooped up in the box stall but she emerged from the shadows when the camera started snapping. 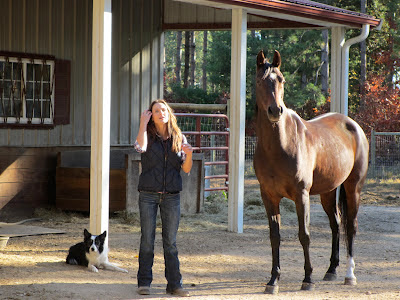 Here are the professionals at work. 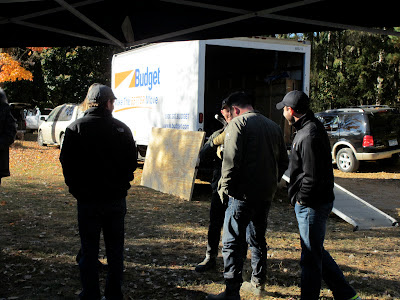 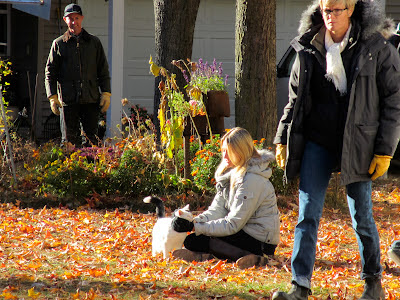 Paisley adopted lovely Robin Pheifer from Colle+McVoy while they soaked up the sun on the very chilly morning. 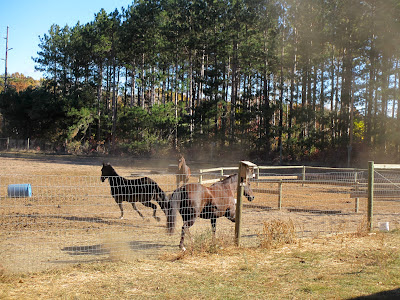 Once it was all over I let everyone go and then the REAL photo op occurred! Wild horses running and kicking up their heels. "We're done with work....LET'S PARTY!" They are going to be so bored tomorrow when they aren't being the center of attention and getting the boatload of treats they had today.

Cerra managed to unlock the gate by the stalls and let everyone out not 5 minutes after everyone left. Maybe she was just trying to join the circus, so I took everyone out to pasture to play in the wind for the afternoon.

What a great morning! It was really fun and the people were just great. I find I have a new appreciation for the amount of work it takes to get an ad produced and hope I get to see the finished product one day.